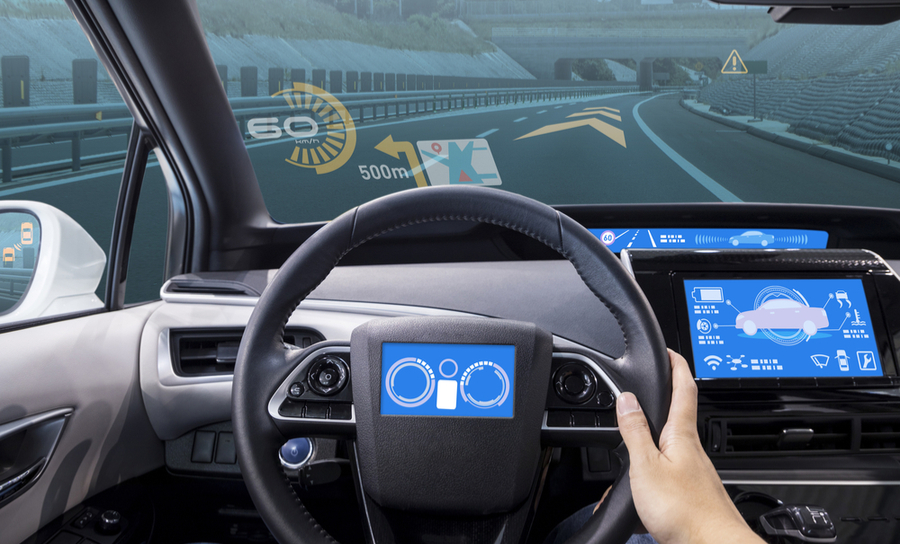 Do you ever feel a little distracted by all the technology surrounding you? I know I do. When I’m at home I have my desktop computer, tablet, and smartphone all vying for my attention. On the road, I have fewer things to distract me, but the consequences of my mind wandering are more severe. In the space it takes to send a quick text, swipe to the next turn on my maps, or change to a song on a different album, disaster can strike. Advanced driver assistance systems (ADAS) are combating technological distractions by enabling your car to keep an eye on the road when yours are wandering. Another method for mitigating distractions is heads up displays (HUDs) that display information on the windshield. This allows the driver to keep their eyes on the road, even while checking their phone. As cars become more advanced, ADAS and HUDs will start to mesh in an attempt to bring augmented reality (AR) to cars. HUDs a few years from now will display information coming in from ADAS sensors and other more general information. This new kind of HUD will have a variety of big advantages, but will also bring a unique set of challenges that we need to start considering today.

Current HUDs are little more than a tiny screen that can display things like navigation, messages, or the weather. They came about to help combat distracted driving, which is responsible for 1 out of every 4 wrecks in the US. Some of them just link to your phone and display whatever is on there. Others are a little more advanced and have their own GPS chips, and can even recognize hand gestures. Regardless of what extra bells and whistles they have, all of these HUDs are fairly low level. None of them are able to link to a car’s advanced features and incorporate them into the display. 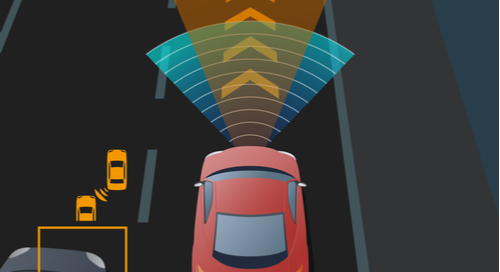 Augmented reality heads-up displays could warn you about what’s ahead.

In the near future, as more ADAS enabled cars hit the road, HUDs will need to change. They’ll need to interface with ADAS and help the driver respond to incoming information. See, the problem with ADAS is how to display incoming data. When a car’s LiDAR system detects something on the road, how does it tell you exactly where that something is and how to avoid it? It can vibrate your seat or blink a light, but a visual cue could be more helpful. If you had a HUD that was connected to the LiDAR, it could highlight the object in the road, bringing it to your attention and helping you avoid it. Some of the current HUD developers are already moving in this direction.

In addition to relaying ADAS sensor data, future HUDs will also need to show information coming in from other cars, infrastructure, etc. Car manufacturers are already working on vehicle to everything (V2X) communication, in order to help give the driver eyes and ears outside their own car. HUDs could feed these data streams directly to the driver. For example, if the driver is behind a tall truck, they can’t see the road ahead. A HUD could tap into that truck’s front camera stream, and display it on the windshield, letting the driver essentially see through the truck. This kind of system could also display traffic information in the driver’s path and weather forecasts as well. Huge amounts of useful information would be at a driver’s fingertips, without them having to use said fingers at all.

Even if you’ve been distracted while reading this article, you can see how this kind of HUD would be useful. Not only would it keep drivers from looking at their phones, it could also help them look out for trouble. However, there are two sides to every coin, and AR HUDs are no exception.

Critics of these kinds of these kinds of systems have a simple argument. Instead of decreasing driver distraction, HUDs add to the problem. If text messages, playlists, or even videos started popping up on my windshield, I think my attention would be diverted. Even life-saving information could become dangerous, depending on how it’s presented. If a HUD warning pops up in front of me and obscures my vision, it could cause me to hit something I might have otherwise avoided. Being inundated with alerts from my phone, the cars, and even the road would also be quite distracting. These problems, though, have more to do with how this technology is presented, rather than with the device itself. 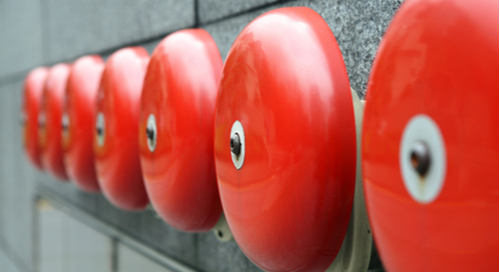 There are two inherent problems to consider when thinking about AR HUDs: cost and power. These are the same issues that are already plaguing the ADAS market. Manufacturers would love to produce cars with LIDAR sensors that can accurately see in a large 360-degree circle. However, those sensors currently cost around $70,000. One of the current top HUDs sells for $799. Obviously, there’s a disparity there, but as cars become more advanced, they’ll become more expensive. Every little bit counts.

In addition to monetary cost, there will be processing and electricity costs as well. If automakers start incorporating HUDs into their cars, they’ll need to have a processor that can perform all ADAS functions, and then display them. There’s also the cost of energy to think of. The powerful processors needed for next generation cars already take up a lot of juice. A HUD will only add to that burden.

These problems are certainly not insurmountable, but they do need to be addressed. If a HUD distracts the driver by sending them safety alerts, it’s not just useless but downright dangerous. Consumers will also need to be prepared to pay more for cars with AR HUDs. Manufacturers will need to think about whether they can spare the processing power and battery life to power these kinds of systems.

The other side of the equation is the software required to run a HUD. That’s where developers like you come in. Making programs for cars is already quite difficult, and AR HUDs will only add to the confusion. That’s why you need tools, like the ones TASKING makes, to help you do your job with a minimal headache. TASKING has developer products such as standalone debuggers and static analysis tools to help you do your job.

Have more questions about HUDs? Call an expert at TASKING.